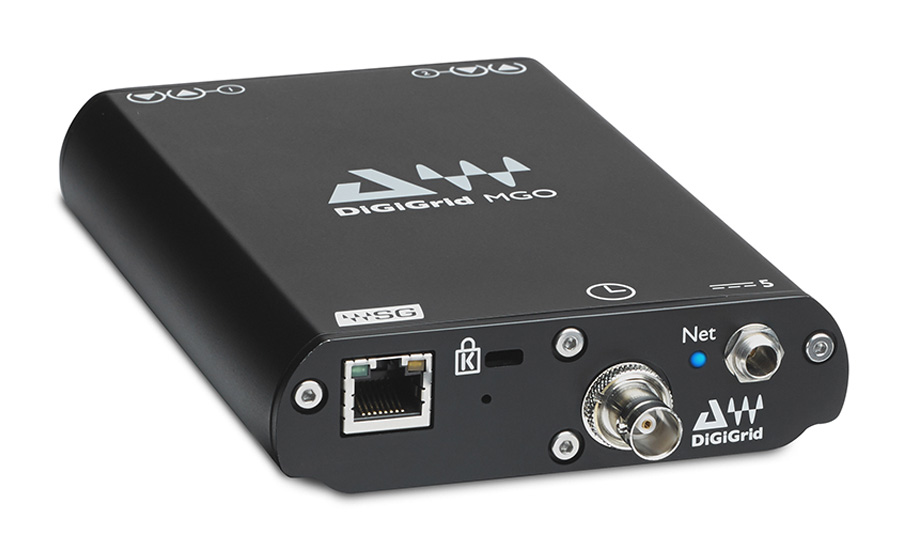 The DiGiGrid MGO interface gives you the ability to connect any optical MADI-enabled device to Waves SoundGrid, for networking and processing. Use hundreds of Waves and third-party plugins to record, process and playback up to 128 audio channels, with super-low latency of only 0.8 milliseconds. This compact and portable MADI interface even lets you record to two computers at the same time, so you can use one for virtual soundcheck, the other for backup. Whether you're in a hotel room, on the tour bus or between flights, you can get to work setting up your next show – on your laptop.

With a DiGiGrid MGO MADI-to-SoundGrid interface and an Ethernet cable, real-time low-latency networking and processing is at your fingertips.