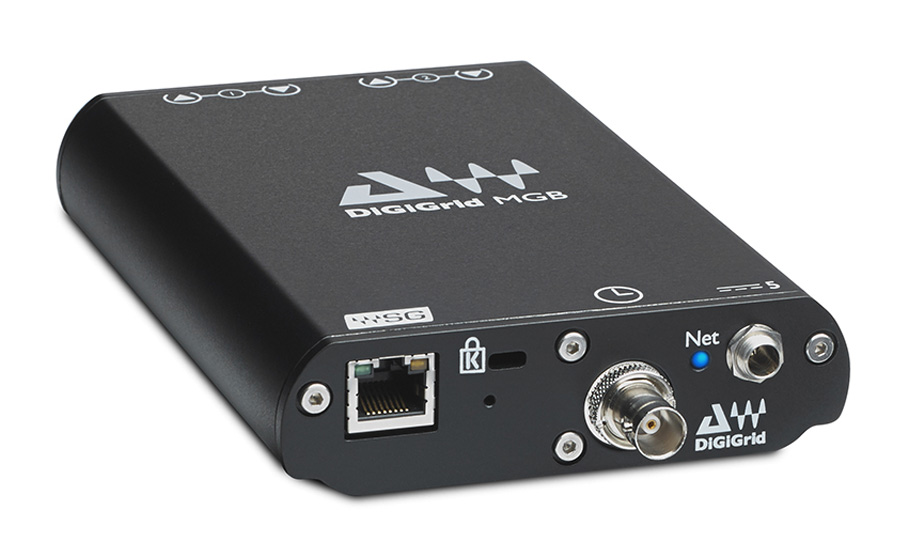 Compact and portable, the DiGiGrid MGB interface lets you plug any coaxial MADI-enabled device into the power of the Waves SoundGrid networking and processing platform. Record, process and playback up to 128 audio channels, using literally hundreds of Waves and third-party plugins, with super-low latency, clocking in at only 0.8 milliseconds! You can even record to two computers simultaneously: One for virtual soundcheck, the other for backup. So if you're on the tour bus, in your hotel room, at the airport – wherever – you can quickly and conveniently setup your next show, using only your laptop.

With a DiGiGrid MGB MADI-to-SoundGrid interface, real-time low-latency networking and processing is only an Ethernet cable away.